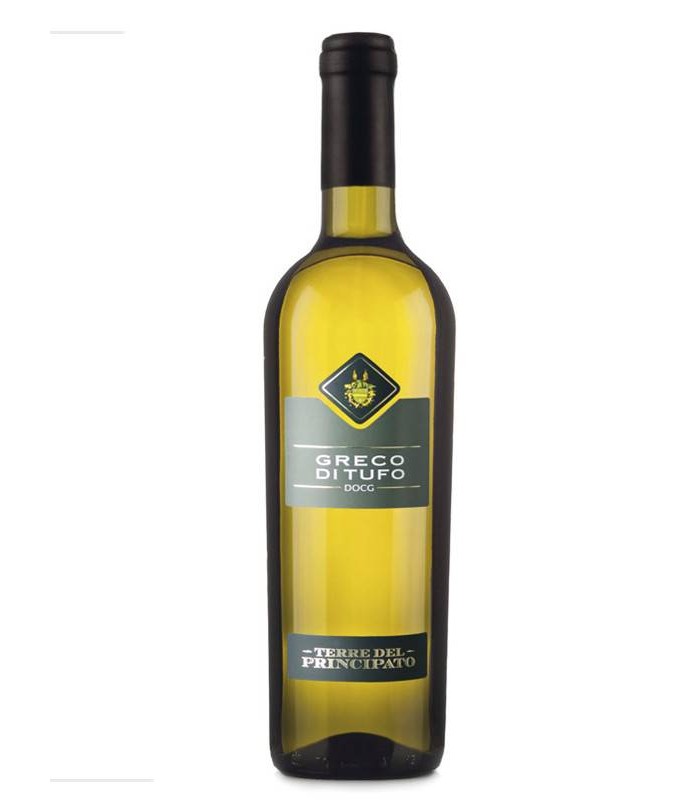 The home of the famous Campania DOCG wines stretch from Naples to Irpinia. Coming from a family of Neapolitan winemakers, Michele and Gianni La Marca, father and son, decided to establish their company here and personally follow every production aspect from harvesting to marketing.

It is a family tradition going back to Giovanni who produced wine in Nola since the 50’s and that has been handed down from father to son with Michele still very active especially in the administrative sector. Giovanni (Gianni), son of Michele, studied oenology in Avellino, a land with exceptional vineyards, and put his craft into practice immediately by creating the Terre del Principato and Cantina di Tufo brands. This is a clear reference to the ancient province of Principato Ultra, which included Samnium, Irpinia and Naples, whereby transferring the company to Parolise, in the heart of the Irpina wine reserve, he was free to let out his passion particularly for the Greco di Tufo and Fiano di Avellino and create a sound entrepreneurial reality in constant evolution.

The will to relaunch that enlivens the Campania viticulture is mostly reflected in the rapid growth in numbers of the areas under protective legislation. Taurasi is the regional pride and was the first southern wine to obtain the DOCG recognition in which there are several DOC and IGT productions. The most striking feature of this growth is the 70 different types of wine, including sparkling, desert and fortified wines. The most interesting is the saving of old productions from extinction, which are linked to local wine grape varieties and to cultivation methods that are tied to ancient traditions.

In the Campania vineyards, which are arranged almost entirely between hills (over 70%) and mountains (15%), the reds take the lead with Aglianico, Sangiovese and Barbera (40%), followed by Greco di Tufo, Fiano di Avellino and Falanghina whites. Then there are the indigenous varieties with popular names: Piedirosso, Falanghina, Sciasinoso, Coda di Volpe Bianca and Forastera, to name a renown few.

The ongoing trend is for the enhancement of local varieties also implemented through the mapping of suitable soils. This is at the expense of Italian and non-Italian wines imported in recent decades. As for the types of vine training systems, the traditional canopy prevails (41%), moreover, followed closely by various forms of espalier. The most interesting preservations are the tree-archaic systems with branches stretched out in high festoons from one post to another.