For over two centuries the name of DOW has been associated with the finest Port from the vineyards of the Upper Douro Valley. Throughout the 20th Century and into the 21st, the Symington family has built on the legacy of the preceding Silva and Dow families. Generations of Symington winemakers have worked at the Dow’s vineyards: Quinta do Bomfim and Quinta da Senhora da Ribeira, creating from them Dow’s superbly concentrated wines that are intense and tannic when young, maturing towards a superlative racy elegance with age and scented with violet and mint aromas. Dow’s attractive and distinctive drier finish is the recognisable hallmark of the wines from this great Port house.

The story of Dow’s is unusual amongst all the great Port houses. It began in 1798 when Bruno da Silva, a Portuguese merchant from Oporto, made a journey which was the opposite to that of the first British merchants. Bruno set up in London from where he imported wine from his native country. He married an Englishwoman and was rapidly assimilated into London society where his business acumen led to a fine reputation for his wines. But the outbreak of the Napoleonic wars put his business in jeopardy. Undaunted, Bruno da Silva applied for ‘letters of marque’ (Royal Assent to equip a merchant ship with guns) to secure safe passage of his Port from Oporto to Bristol and to London. His became the first and only Port company to transport its precious cargo of casks of fine Ports under its own armed protection across the treacherous Bay of Biscay, a strong dissuasion to attack during a period when less audacious companies saw their sales dwindle away.

The Port shipping business was continued by Bruno’s son, John da Silva who in 1862 brought into partnership Frederick William Cosens. Together with John’s son, Edward, they became the active partners in Silva & Cosens. Edward da Silva inherited his grandfather’s business ability and the company continued to prosper. Edward became a highly respected figure in the London wine trade and was one of the founders of the Wine Trade Benevolent Society, the leading charity which survives to this day as the principal British wine trade organisation. Edward da Silva was to be the Benevolent’s chairman and then, from 1892, its president for many years.
With the continuing expansion of the firm, Edward da Silva and Frederick Cosens were joined by George Acheson Warre, whose well known family had been involved in the Port trade since its earliest years. ‘GAW’ joined as partner in 1868 and became its driving force in Portugal.

In 1877, Silva & Cosens merged with another leading Port company, Dow & Co, who’s senior partner was James Ramsay Dow, who had made a name for himself in 1856 with the publication of his important treatise, ‘An Inquiry into the Vine Fungus with Suggestions as to a Remedy.’ The Oidium fungus was at the time devastating the Douro’s vineyards.
Although smaller than Silva & Cosens, Dow & Co had become a very highly regarded Port producer with a particularly fine reputation for its Vintage Ports and when the two companies merged, it was decided to adopt DOW’S as the brand name.

The financial astuteness of Edward da Silva, the driving force of winemaker George Warre and the long experience and tasting expertise of James R. Dow were to consolidate Dow’s reputation as one of the leading names in the Port trade.
The celebrated Oxford Professor George Saintsbury underlined Dow’s unique standing when he wrote in his famous ‘Notes on a Cellarbook’ (first published in 1920), “There is no shipper’s wine that I have found better than the best of Dow’s 1878 and 1890 especially.” James Suckling of The Wine Spectator, one of today’s leading authorities on Vintage Port was equally impressed by another legendary wine when tasted over a hundred years after it was made - the Dow’s 1896 - also made during the management of Messrs Silva, Warre and Dow: “The ancient {1896} Port still had an amazing ruby colour with a garnet edge, and it smelled of raisins, black pepper and berries. It was full-bodied, with masses of fruit intertwined with layers of velvety tannins. It was superb.”

Whilst the majority of Port is now made with modern methods using state-of-the-art vinification technology, a small proportion is still produced by the time-honoured method of treading. In either system, fermentations are relatively short (two to three days) because Port is a fortified wine. Fortification, which involves the addition of natural grape spirit to the fermenting juice, intentionally interrupts the fermentation process at a point when approximately half of the grapes’ natural sugar has been converted into alcohol. This accounts for Port’s characteristic rich, luscious style and also contributes to the wine’s considerable ageing potential. Given the short fermentation cycle it is crucial to extract as much flavour, colour and tannins as possible from the grape skins.

Dow’s continues to make some of its Port by treading in stone ‘lagares’ (shallow treading tanks). The Upper Douro is one of the last places in the world where traditional treading has been maintained. This is not done to entertain visitors but quite simply because it continues to produce some of the best Ports. However, the old lagares require manpower, an increasingly scarce resource in the Upper Douro and temperature control is difficult. In order to address these problems, Dow’s winemaking team developed the world’s first purpose built automated treading machine.

This ‘robotic lagar’ is a low and square stainless steel tank fitted with mechanical treading pistons whose gentle movements replicate the action of the human foot by actually treading the grapes against the floor of the tank, unlike other methods recently introduced to the Douro which simply push the ‘cap’ down into the juice beneath. Trials with the prototype started at Dow’s Sol winery during the 1998 vintage and were continued with further development during the 1999 vintage. By the 2001 harvest, three robotic lagares had been fitted in the newly refurbished winery at Quinta da Senhora da Ribeira and they were to immediately prove their worth, making simply outstanding wines.
They have produced Ports that surpass the quality of traditional foot treading lagares, while at the same time eliminating the latter’s shortcomings. The introduction of Dow’s robotic lagares has proven to be a landmark in winemaking in the Douro Valley. 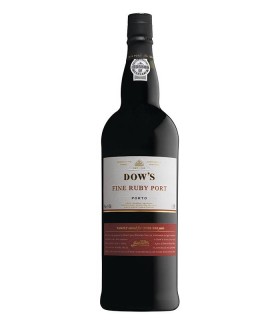 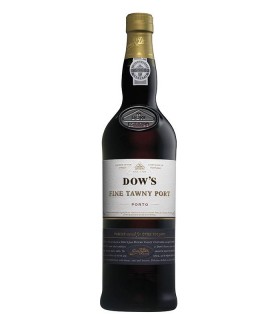 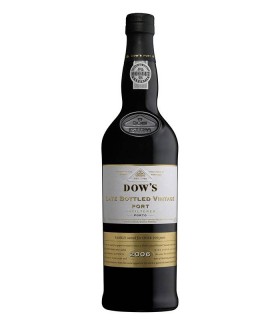 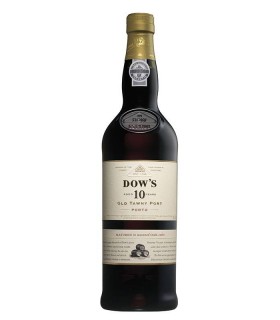